Once more LGP has been hit by outages affecting companies we work with. This time, the hosting company, RapidSwitch, who own the datacenter where we host our webservers.

We would like to apologise to all customers who had their downloads affected, or who had their ability to play rental games affected. We are immediately extending the rental period of all rental games that are active now, or would have been active during the downtime, by four days to make up for the intermittant downtime.This affects rentals purchased from any LGP reseller.

We are pleased to report that players with non-rental versions of the game, both download and boxed copy, experienced no lockout. As designed, the LGP protection system coped perfectly with the outage.

The outage also affected PenguinPlay, meaning that ingame multiplayer functionality via PenguinPlay would have been unavailable.

This will also have affected our resellers who sell downloadable copies of games, and request download keys dynamically. If any of your customers received blank keys, please contact us at support@linuxgamepublishing.com, and we will fix the problem.

Finally, on a lighter note, we would like to briefly laugh at RapidSwitch. Who as compensation for the downtime, have offered to upgrade our servers for free. Beside the fact that our servers are fully loaded and not upgradeable any further, I am still waiting for their reply to my question of why on earth did they think that appropriate compensation for extended downtime is – effectively – more downtime. I’ll summarise their response in a comment as and when it is received. 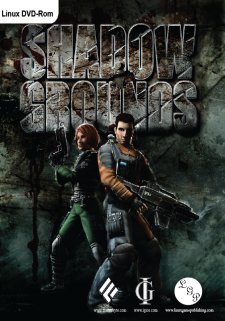 A lot of you asked for the ability to download games.

We have listened and created the reseller download system.

From today all resellers will be able to sell downloadable copies of LGP games, and these will be cheaper than boxed copies. LGP is not selling downloadable versions directly, as to do so would seriously damage the ability of the reseller chain to compete meaningfully.

When buying a downloadable game you are guaranteed the following:

We have also listened to those who wanted ridiculously low prices on their games. We have created the LGP Rental system. Any downloadable game is now available for rental. This means you can pay just a fraction of the price, and have the game for a week, or for a month. The rental games DO require internet access to start up, but apart from that are exactly the same as the full game. I know some of you will dislike this, but really, it is rental, we have to have stronger security on it. The downloadable purchased game does NOT require internet access to start the game.

Right now, the only games we have that are available for download or rental are the three newest games that have the LGP Key System, X3, Jets’n'Guns, and Sacred. Other games will follow as we get time to add them into the system.

I hope that this will be what you all wanted, and will give everyone, even those that want their games for next to nothing, the ability to play LGP games. If you can think of other things we can do with downloads, please do comment here and let us know. I wont promise that LGP will do everything that people ask, but I can say, and I think we have now proved this, we DO listen {:-)